The value of true first editions is not something people find difficult to understand. They tend to be expensive because only a small number of copies had been printed and their future success could not be entirely predicted. 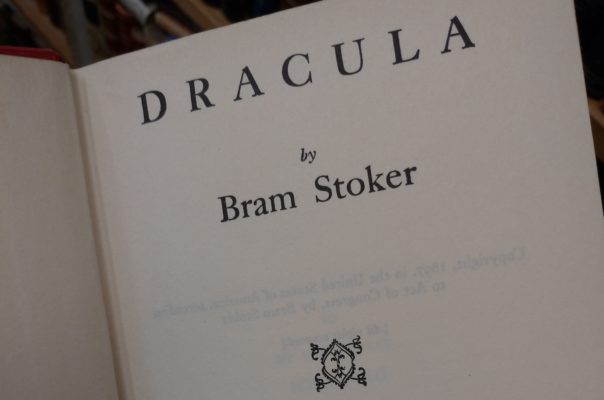 Occasionally, though, some books acquire such legendary status and fame that all of their early editions quickly become collectible, and among these there might be some that are particularly rare, almost unheard of and printed in very small batches.

This is the case of our recently acquired First Grosset & Dunlap edition of Dracula, bound in red cloth with black lettering.

Released before the well known photoplay edition, which came out with an illustrated dust jacket, and was a tie-in format which was meant to co-advertise Bela Lugosi’s performance, this seems to belong to the very first batch ever printed by the famous publisher, recognisable by the differences in the binding, such as the bats on the spine, and the absence of plates.

How well this minimalist cover captures the essence of Dracula, these few details over bright red boards!

The Count hardly needs any introduction, but it is interesting to note how infrequent his appearances throughout the novel are. Italian critic and author Alessandro Baricco highlights this fact in his preface to a new edition of Dracula, published by Mondadori, and remarks how this contributes to the atmosphere of fear that surrounds the villain.

Nothing is scarier than a creature which makes you think about it all the time without even being on the scene.