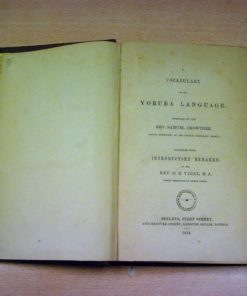 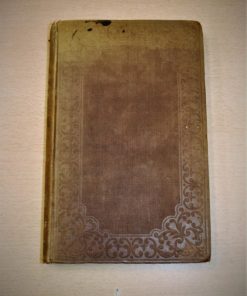 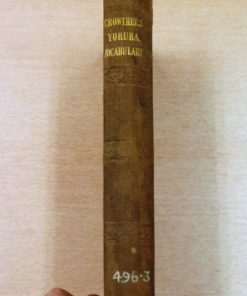 Notes: A Vocabulary of the Yoruba Language; compiled by the Rev. Samuel Crowther, Native Missionary of the Church Missionary Society. Together with introductory remarks by the Rev. O. E. Vidal, M. A., Bishop Designate of Sierra Leone (London: Seeleys, 1852), pp. vii, 38, [2], 287. 8vo. Embossed cloth boards in original binder’s cloth (binders indicated as being Kelly & Sons, London). Ex library with usual stamps. The binding is a little frayed and bumped around the spine on which the original borwn has somewhat faded. Small ink stain at the top of the outer front board. Gilt titling on spine. Embossed decorative motif on front and back boards. Pages clean except for slight foxing on the preliminary and trailing pages. This is the first edition of Crowther’s vocabulary to include the 38 pages of ‘introductory remarks’ by Owen E. Vidal. A previous edition of the vocabulary, including an explanation of Yoruba grammar, appeared in London in 1843. Samuel Crowther was a Yoruba clergyman of the Church of England who, as it is written in the prefatory ‘Advertisement’ included in this volume, was ‘re-captured from Brazilian slavers by the cruisers of the British squadron, and landed at Sierra Leone, where [he] received a Christian education in the schools of the Church Missionary Society.’ A very rare and interesting book. 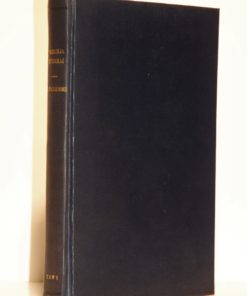 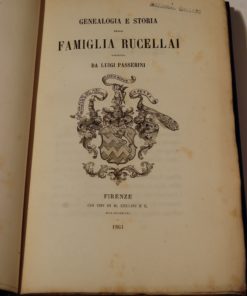 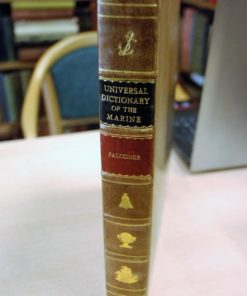 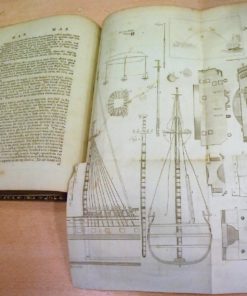 Falconer, William, An Universal Dictionary of the Marine: Or, A Copious Explanation of the Technical Terms and Phrases Of a Ship, T Cadell 1789 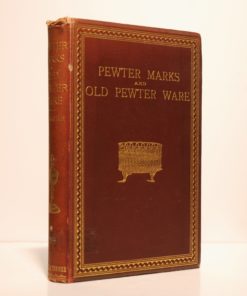 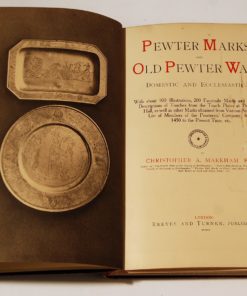 MARKHAM, Christopher A., Pewter Marks and Old Pewter Ware. Domestic and Ecclesiastical. With about 100 Illustrations, 200 Facsimile Marks and 1,000 Full Descriptions of Touches from the Touch Plates at Pewterers’ Hall, as well as other Marks obtained from Various Sources. List of Members of the Pewterers’ Company, from 1450 to the Present Time, etc., Reeves and Turner, 1909 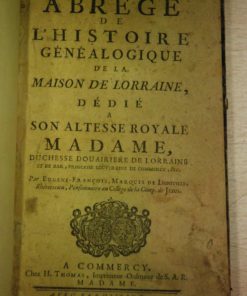 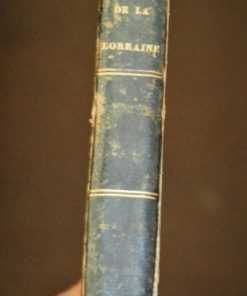 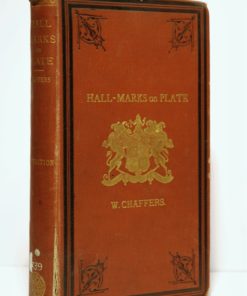 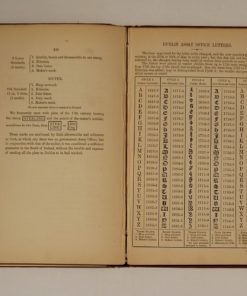 CHAFFERS, William., Hall-marks on Gold and Silver Plate. Illustrated with tables of annual date letters employed in the Assay Offices of England, Scotland and Ireland, and a fac-simile of a copper-plate of makers’ marks at Goldsmiths’ Hall. To which are now added, a History of L’Orfevrerie Francaise, With Extracts from the Statutes, Ordinances, etc., and Twelve Plates of French Hall Marks. Fifth edition, revised and considerably augmented., Bickers & Son, 1875 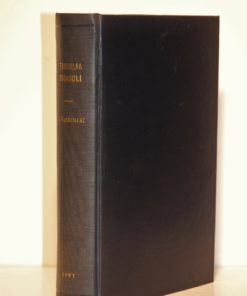 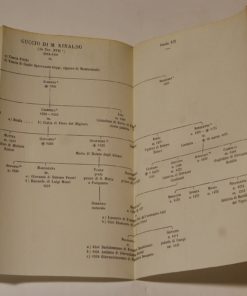