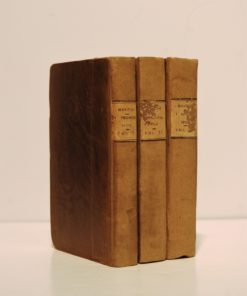 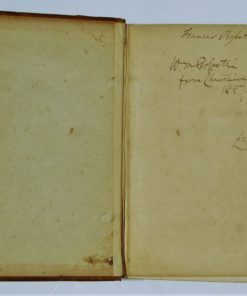 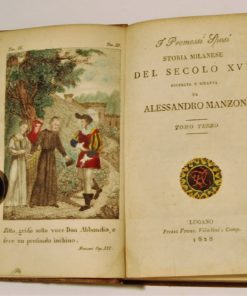 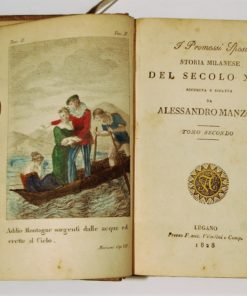 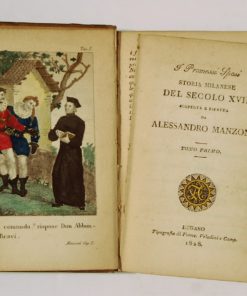 Complete in 3 vols., 16mo., original cloth boards re-backed in matching cloth, pp. xv, 322 [+2 blank]; 345, [+2 blank]; 413; each volume with a hand-coloured copper-engraved frontispiece illustrating a scene from the narrative. Spines faded, abrasion to labels (esp. vols. 2 and 3) with some loss of text, pages slightly foxed, front pages of vol. 1 coming loose, hinges tender; otherwise good. One of the earliest editions of Manzoni’s classic of Italian literature (usually translated into English as “The Betrothed”), first having been published the previous year. With the name of Frances Rossetti (n?e Polidori) inscribed on the front endpapers of each volume, most likely in the hand of the famous poet Christina Rossetti, her daughter, as suggested by the handwriting’s remarkable similarity to how it appears in numerous surviving documents; and, on the front endpaper of the first volume, another ownership inscription by William Michael Rossetti, brother of the poet (and a prominent writer and critic in his own right), denoting that the book was presented to him by her: ‘W.M. Rossetti/from Christina/1887′. The hand of this too can be proven by comparing it to surviving examples. 1828 was the year of the birth of the illustrious painter-poet Dante Gabriel Rossetti; it is thus plausible that the set was a present to mark the occasion from Frances’s husband Gabriele. 1886, the year preceding the date of the later inscription, was the year of Frances’ death, so one explanation for the mix of names, dates and hands in the inscriptions to these volumes might be that Christina was placed in charge of the dispersal of her mother’s library and chose to bequeath this book to her brother. The frontispieces in all three volumes have been hand-coloured, and it is delightful to think that this was probably done by the Rossetti children, who are known to have coloured many of their parents’ books. There are occasional manuscript annotations in Italian and English penciled in the margins, giving alternative meanings to certain words (possibly words no longer in use by the end of the century, or words with which Italians who had grown up in England might not have been familiar), possibly also by members of the Rossetti family as the notes themselves suggest sound knowledge of both languages. A fascinating and beautiful item of historic significance to the history of European literature and to nineteenth-century Italian diaspora. Text in Italian. 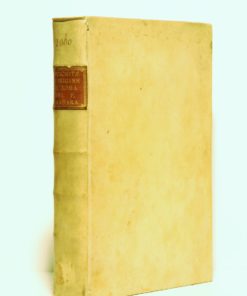 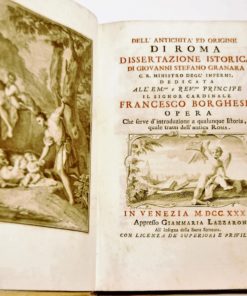 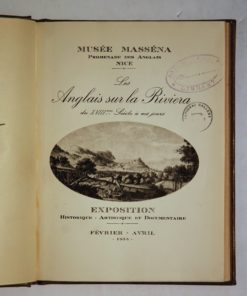 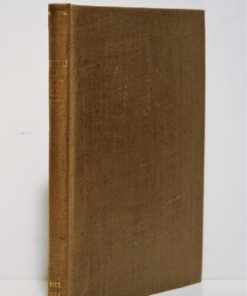 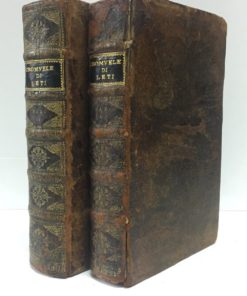 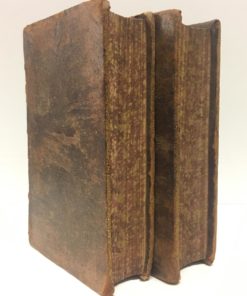 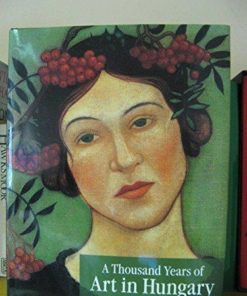 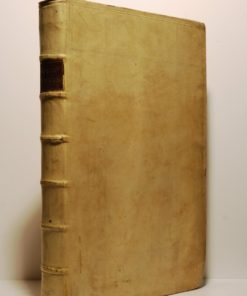 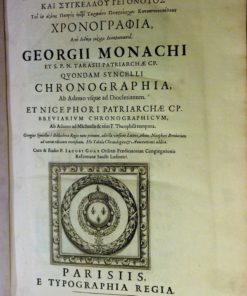